Welcome! To give you some idea of what we're all about, we’ll quickly sketch some of our foundational beliefs. New Here?DONATE

As a ministry of God’s people, we care about you and your family and we’re here not only to feed you spiritually, but to help in any way we can. We love doing it and it’s why we exist!

OUR VISION – Embassy of Grace, A Real Church For Real People

OUR VALUES – Dedicated to serve in Accountability, Commitment, Initiative, Integrity, Love, and Respect.

Let me simply start off by saying thank you for considering to visit Orange Church of God-Embassy of Grace. It will be an honor to share in worship with you. Neither your time nor your presence will be taken for granted. And whether you were invited by family or friends, are in search of a church home/pastor, or were merely curious about our worship services, I believe it’s no coincidence that our paths are crossing. Always know that you are welcome here. Look forward to seeing you soon.

We’re all about Jesus Christ. We believe that Jesus was who he said he was, the Son of God who came and died for our sins. So, if this is your first time in church, we hope that get to know Him as we do, because He’s truly what life is all about for us!

We’re all about people. Every person who walks through our doors is important to us, so if you ever feel like just another number, we’re doing something wrong and I give you permission to tell me about it.

“If you’ve got a specific prayer request, please take the courage to submit it via our prayer request tab. We’d love to pray for you, so I encourage you to make use of this opportunity and allow us to serve you in this way.“ 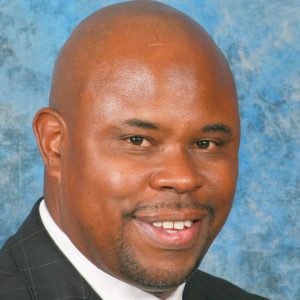 Pastor Demetrius “Demo” Moffett is a native of Detroit, Michigan where he graduated from the prestigious Mumford High School Class of 1981. Pastor Moffett enlisted in the United States Navy where he achieved a stellar career.

Pastor Moffett serves on the Economics Development Advisory Board (City of Orange) and serves as director of “Kingdom Development Services and Eastgate Community Development Corporation” all focusing on building the quality of life in the community.

Growing up in Detroit while Young Boys Incorporated (YBI) was recruiting children as couriers of heroin, Pastor Demo knows firsthand the influence of others joining together to make a safer, better community.

Coming from a broken home,” Pastor Demo says “my father was always there. We were not without financial challenge, but the community raised the children.”

Pastor Demo living through the era of the YBI agreeing to stop soliciting those under the age of 14 for criminal activities, he said he saw a harvest of potential when he first arrived to Orange in 2010. “I made it out,” Pastor Demo said, “I know the unity of the city it can happen and know how it can be. If it worked in a city of over two million people, it can work here.”

Becoming involved in the community from the moment he arrived has been involved with several organizations from serving as the president of the Orange Branch of the NAACP, President of the Tri County Rebuild SETX Long Term Recovery Executive Board, recognized as Texas State Board of Education District 7 as Hero for Children and recently being named to the Economic Development Board for the city of Orange Texas.

Pastor Demo volunteered each week as part of the Build Great Readers Community Partnership at West Orange Stark Elementary School while working with students on reading skills, vocabulary, pronunciation and comprehension. “I enjoy helping people,” Moffett said. “I want to see Orange prosper. When the community is strong, the city is strong.”

Pastor Demo said his two mentors growing up were his father and grandfather. “My dad was my focal point,” Moffett said. “My grandfather was also my mentor. They taught me the difference between being a male and being a man.” 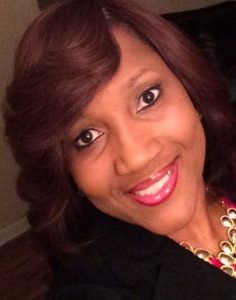 Tina T. Moffett has served as a Pastor for over 14 years. Pulling from her educational background: Biblical School of Learning, School of the Prophets and 25 years in nursing and management; she uses life transforming messages to empower and inspire.

She has established several outreach ministries to impact lives which include: Daughters Designed By Purpose, Girlz on Fiya, and The Voice of God Experience.

Striving to impart back into the community, Pastor Tina has established Ministry through Medicine CNA program to educate and certify students in the health field.

Prophetess Moffett now serves at Orange Church of God-Embassy of Grace as Senior Executive Pastor where she is dedicated to destroying the adapted thinking of man shaped by this world and bringing the body of Christ into alignment with God and the Word of God that say, “Let this mind be in you, which was also in Christ Jesus”. (Philippians 2: 5) 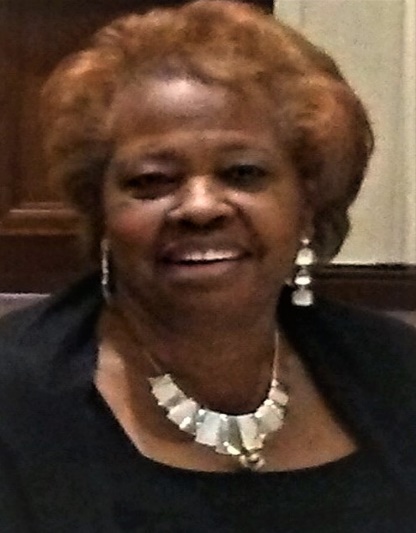 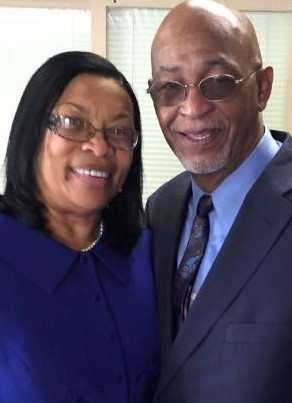 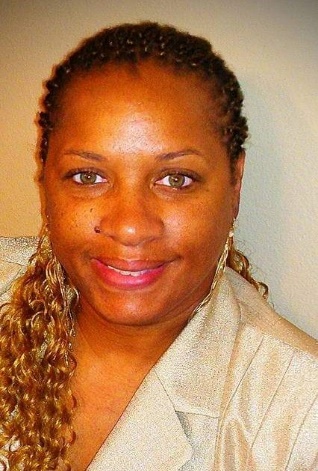 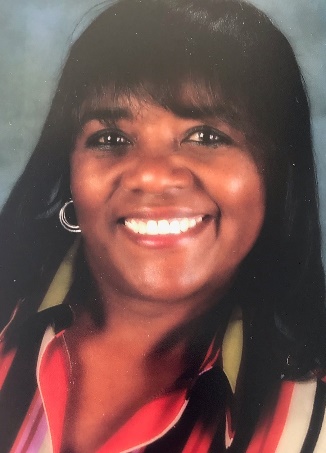 How big is the church?

Our ministry, founded in 1944, 1s growing into a healthy and vibrant congregation. We currently have more than 30 active members and regular attendees. Our 10:00 a.m. service averages around 40 people in attendance.

What do you offer for children on Sunday morning?

Children are a special part of our congregation and we value them as full participants in the life of our church. Sunday morning worship classes for children (1st through the 12th grade) begin at 9:30 a.m. with Children’s Time review at the end of the worship service. All children are dismissed to participate in their own time of singing, prayer and Bible learning known as King’s Kids (see below for more information on this program).

Who goes to your church?

We have quite a mixture of people at Orange Church of God-Embassy of Grace. Our congregation truly spans the ages, from newborns to folks in their 80s. You’ll find just about every type of person here – married, single, divorced, widowed – professionals, workers, retired – life-long Orange County residents and those who have just recently moved to the area. But even more important than the kind of people who go here is the kind of people who are welcome here – everyone!

Do you have to dress up to attend your worship service?

No!  Dressing up is not a requirement to worship with us at Orange Church of God-Embassy of Grace. Some do wear their “Sunday best” but you’re also likely to see someone in slacks and a casual shirt, or even jeans. We believe the most important part about Sunday morning is showing up, ready to worship God.

Can a visitor take communion?

What kind of outreach is the church involved in?

Orange Church of God-Embassy of Grace is active in a variety of outreach ministries, both here in Orange and around the nation. One of the major local outreach activities of is our Kingdom Development Services which Orange Church of God-Embassy of Grace partners with the community to provide assistance and educational life coaching to build the quality of life in the home for a family. Our outreach ministry is an active part of the church, helping us share our resources with a number of varied ministries around the nation, from providing blankets to going on mission trips to helping respond to natural disasters.

What time is your Sunday worship service?

Our 10:00 a.m. service is relaxed, featuring familiar hymns, a contemporary praise team and a children’s time.  We offer the celebration of communion 1st Sundays, and all believers are welcome to participate.

What are King’s Kids? What will my child do there?

King’s Kids is a Montessori-influenced program which tells Bible stories using multi-sensory tools and offers children the opportunity to form responses to the stories out of their own life experiences.  Children learn the meaning of church traditions and learn to prepare for participation in the church’s worship practices. They learn to prepare themselves and quiet their minds in order to enter into worship and relationship with God, they learn how to talk with God and they learn stories from the Bible in a way that they can understand.  Children receive Lunch after morning worship.

Do I have to belong to your affiliation to attend?

Not at all! In fact, many in our congregation come from a church background other than the Church of God Ministries (Anderson Indiana). We have many from different backgrounds. We are a “Real Church for Real People woven together” by God’s grace.

What kind of things do you do in your worship service?

We strive to create a warm and welcoming atmosphere at Orange Church of God-Embassy of Grace. We greet each other so everyone feels welcomed; we share announcements and church news; we sing and listen to our choir perform beautiful music; we share the congregation’s joys and concerns and lift them to God in prayer; we read the Bible and talk about it through the sermon; we collect an offering to further God’s work; and we take communion weekly.

What kind of adult education/spiritual growth opportunities do you offer?

Adults have their choice of about six different educational/spiritual growth classes to join each week. The classes vary in size, format and the age of their members but all are glad to have guests join them. Orange Church of God-Embassy of Grace also offers a variety of opportunities for spiritual growth and fellowship outside of Sunday morning through groups like Women of Purpose, Men of Valor, Covenant Partners, Mastering Motherhood, and Wednesday evening fellowship dinners studies.

With whom do I talk if I want to know more?

We would love to answers any questions that you may have about Orange Church of God-Embassy of Grace. If you didn’t find what you were looking for on our website, please email or call one of our ministers, see the Staff page for their addresses.